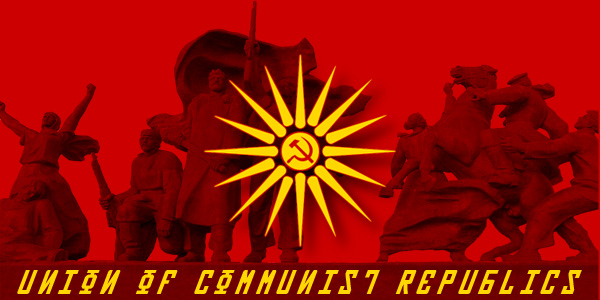 Article I: Internal Conflict:
No comrade of either the LSF or UCR shall ever commit an act of aggression toward each other. Any attacks by rogue nations will be punished as seen fit by the responsible signatory (or by a council of both alliances if such a request is made). Both alliances retain their sovereignty and remain free to conduct themselves as they see fit with other alliances on Planet Bob.

Article II: Respect:
Both signatories agree to remain civil to each other at all times in public and in private. Any disputes between UCR and LSF should be first handled in private channels.

Article III: Intelligence:
We share secrets important for each other's safety and we agree that secrets stay secrets. No telling to 3d parties without previous approval.

Article V: Free Trade Agreement
Both the LSF and UCR agree to henceforth open all channels of trade to each others respective alliances. This includes Tech Dealing in pre arranged prices, common Trade Circles building, Foreign Aid and everything we forgot to mention here.

Article VI: Protection Against Trade Abuse
In the event of a Tech Deal, Trade Circle or whatever gone awry, the UCR's CoFA and LSF's Co-econ will deal with the problems from both sides and will work to bring the problem to a quick and quiet resolution, following the principles of socialist solidarity. If they can't agree on what exactly socialist solidarity is supposed to be, they should try again.


Article VII: Cancellation:
This treaty may be annulled at any time by either alliance. Should the need to annul occur, the cancelling alliance must give a 48 hour notice of their intention to cancel via private channels and a legitimate reason of why they have chosen this option. The treaty will remain in effect until the 48 hour period has elapsed.

Signed for The Union of Communist Republics,


Signed for The Libertarian Socialist Federation,